The world’s largest megalopolis is currently the TaiheiyĹŤ Belt (the Pacific or Honshu megalopolis). It is located on the southeastern Japanese island of Honshu. Part of the archipelago that forms the country of Japan. Its population as of 2005 is 103 million people living in an area of 88,996 sq miles (230,500 kmÂ˛) which is roughly about the size in square miles of Michigan or Minnesota. 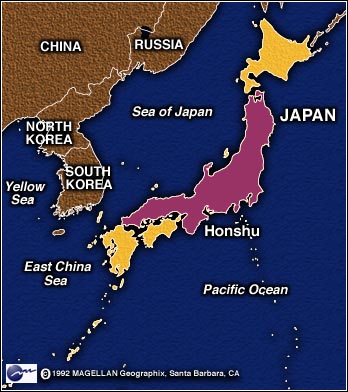 The TaiheiyĹŤ Belt (also known as the Tokaido corridor) consists of the metropolitan areas of Tokyo, Kawasaki, Yokohama, Shizuoka, Hamamatsu, Nagoya, Kyoto, Osaka, Kobe, Okayama, Hiroshima, Kitakyushu, Fukuoka and their surrounding cities and towns extending from Ibaraki Prefecture in the north all the way to Fukuoka Prefecture in the south, running for almost 1,200 km (750 mi). The population of this megalopolis is considered to be as high as 83 million people, depending on where one draws its boundaries. The Dallas-Fort Worth-Arlington, TX Metropolitan Statistical Area, the official title designated by the United States Office of Management and Budget, encompasses 12 counties within the U.S. state of Texas. The area is divided into two distinct metropolitan divisions: Dallasâ€“Planoâ€“Irving and Fort Worthâ€“Arlington. Residents of the area informally refer to it as the Dallas/Fort Worth Metroplex, DFW, or The Metroplex. It is the economic and cultural hub of the region commonly called North Texas or North Central Texas and is the largest land-locked metropolitan area in the United States. 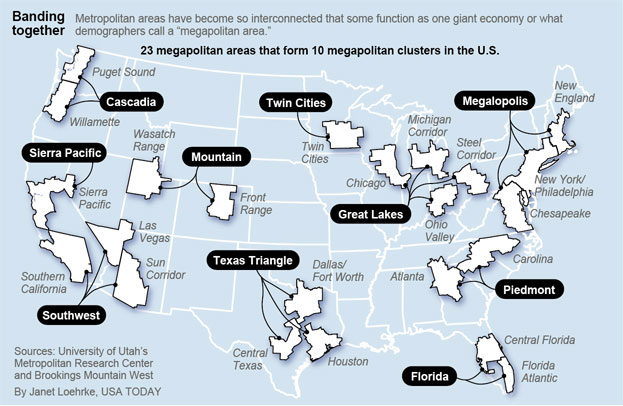